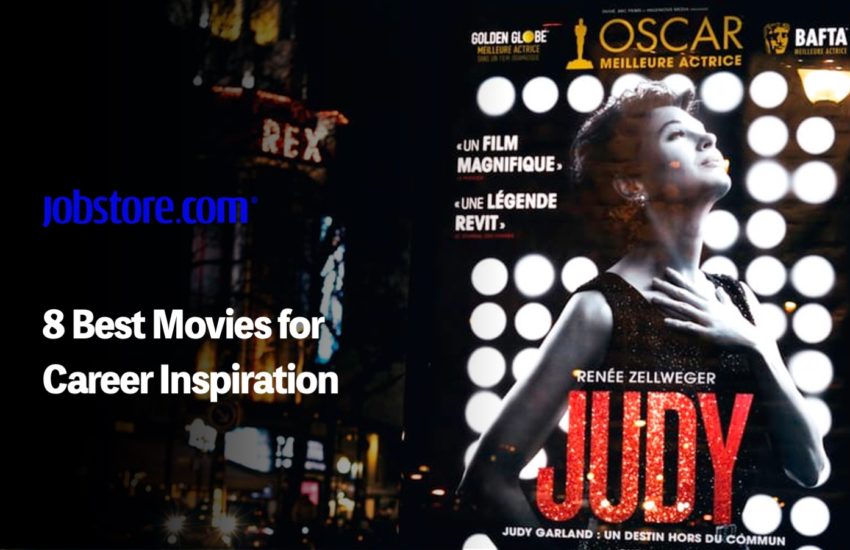 It doesn’t matter if you work for a corporation, a startup or your own business, we all have those moments when we’re fed up with everyone and everything. Co-workers get on your nerves, your boss misspells your name in an email, a client is particularly difficult.

These are the times when you fantasise about quitting your job in favour of lounging on a beach all day. You can probably make ends meet by selling your organs on the black market anyway, right? If that’s you at the moment, watching an inspirational flick might be just the thing you need to get out of your funk.

Movies are great. They entertain us, they give us something to talk about during awkward dinner dates, and sometimes, they provide us with solid role models that we can emulate to better our lives. Here are some awesome movies that you can watch right now for a quick dose of career inspiration.

Free Guy follows a bank teller, Guy, who discovers that he’s actually a non-player character in a popular online video game. To impress a human crush, Guy quickly decides to become the hero of the story. In the process, he might even save his virtual world from total collapse.

An exciting blockbuster, Free Guy is fast-paced, fun and often hilarious. With solid action scenes and unexpected celebrity cameos, it’s the perfect movie to unwind with after a long day. Moreover, Guy’s journey might give you the extra inspiration your need to finally revamp your career.

Valuable lessons: Don’t be a background character in your own life. You deserve better, so strive to build a work path that gives you endless satisfaction.

Set in the 90s, My Salinger Year follows Joanna, an aspiring writer who takes a job at one of New York’s oldest literary agencies. She works for an agent who represents the reclusive J.D. Salinger and is tasked with answering his fan mail. Joanna feels bad sending a form response so she begins to personalise the replies and improves her writing skills in the process.

With great turns from Margaret Qualley and Sigourney Weaver, the movie is sweet and charming. At the same time, it reiterates how important it is to follow your dreams.

Valuable lessons: Find your own voice, even when you work for others. With a bit of creativity, the most mundane tasks can bring joy.

If you need an entertaining movie to remind you that your destiny is in your own hands, look no further than this one.

Based on the classic fairytale, Cinderella is a jukebox musical that stars Camila Cabello as Ella, a spirited young woman who dreams of becoming a dressmaker. Unfortunately, no one takes her aspirations seriously, so Ella has to make sacrifices to persevere – even when she catches the eye of the handsome prince.

With catchy tunes and joy to spare, Cinderella will instantly put a smile on your face. It will also make you trust that, with enough determination, you really can accomplish anything you set your mind to.

The Social Network tells the story of how Facebook came into existence.

It stars Jesse Eisenberg as Mark Zuckerberg, the driven entrepreneur who founded one of the most influential companies of the new century. Instead of delivering a strictly biographical tale, the movie focuses on how launching Facebook both pulled a group of young revolutionaries together and then split them apart. The fantastic performances will draw you in from the first scene.

Valuable lessons: Where should we even start with this one? Sometimes there are more important things in life than school. You can end up making a lot of enemies on your way to the top. Believe in your vision. It’s not about who has an idea, but about who has the drive to execute it. We could go on and on.

5. The Wolf of Wall Street

From the American dream to corporate greed, Jordan Belfort goes from penny stocks and righteousness to IPOs and a life of corruption in the late 80s. And this movie tells the story beautifully.

Directed by Martin Scorsese and starring Leonardo DiCaprio, The Wolf of Wall Street is filthy, funny and savage. A dark comedy for the ages, it highlights the best and worst in people, teaching viewers some great tips for achieving success along the way.

Valuable lessons: Perseverance is crucial. Don’t forget to dress and act the part. Be careful about what you are sacrificing for the sake of money or success.

Hilarious and tragic, Up in the Air centres around corporate “downsizer” Ryan Bingham and his travels. Bingham works for a human resources consultancy firm that specialises in termination assistance. That means he basically makes his living by travelling to workplaces across the United States and firing people on behalf of employers. When he is tasked with showing a young and ambitious new hire the ropes, he starts to re-evaluate his lifestyle.

The movie perfectly balances comedy and drama, delivering a mix of sharp dialogue and touching moments. More importantly, Up in the Air will make you think about how you define yourself on the job.

Valuable lessons: A healthy work/life balance is everything. Plus, face-to-face meetings are important, especially when you’re letting someone go.

Parasite is an acclaimed dark comedy thriller that centres around two families of different backgrounds who end up forming a symbiotic relationship.

While the movie is more about class and greed than how to advance your career, the poor family’s scheme to become employed by the wealthy folk is worthy of attention. Plus, Parasite is absolutely stunning from start to finish, offering thrills and laughter every step of the way.

Valuable lessons: Connections can go a long way. Put those networking skills to good use.

The Devil Wears Prada follows a journalism graduate who becomes an assistant to one of the city’s biggest magazine editors, the ruthless Miranda Priestly. But is putting up with her egomaniacal boss really worth it?

Endlessly quotable and fun from beginning to end, The Devil Wears Prada works both as a cautionary tale for those entering the workforce and brilliant satire of the fashion world. Side note: Meryl Streep offers an iconic performance, which is always a plus.

Valuable lessons: Regardless of how many people would kill for your job, it’s not worth it if you have to compromise your values.