Have you ever wondered what an evil villain would look like in real life? Then check out this list of most evil-looking buildings, ranging from the statue made of thousands of knives to the St Lambert’s Church well known for its hanging basket of corpses. 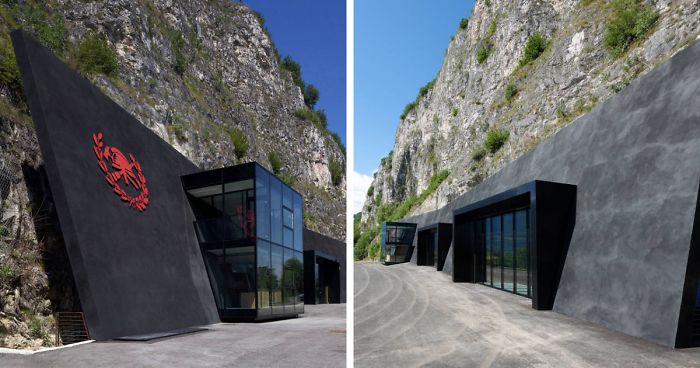 The firefighters in the town of Margreid are regarded as their local heroes, hence the architects at Bergmeisterwolf were allowed to design a new fire station on a modern cave-like lair. 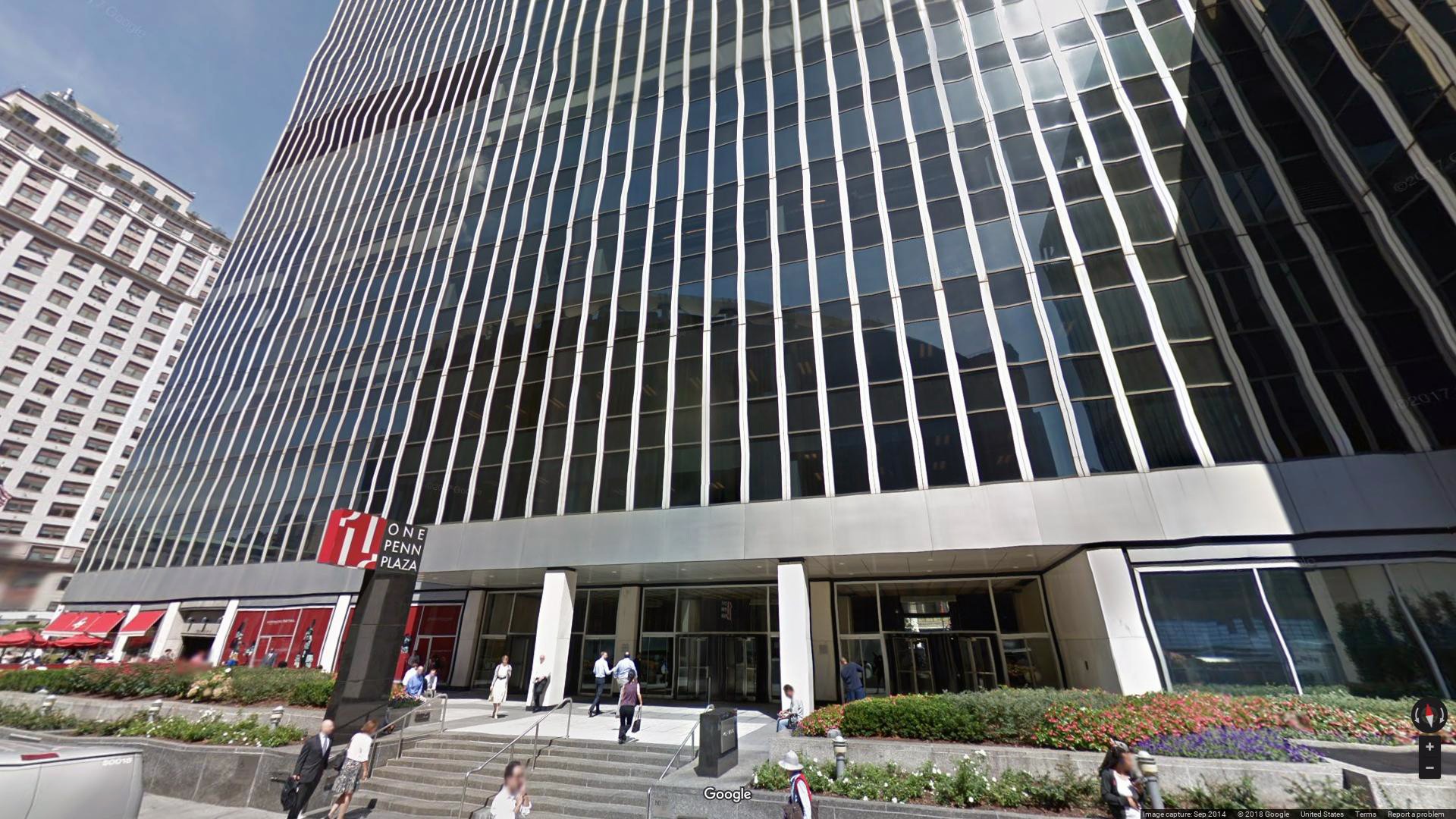 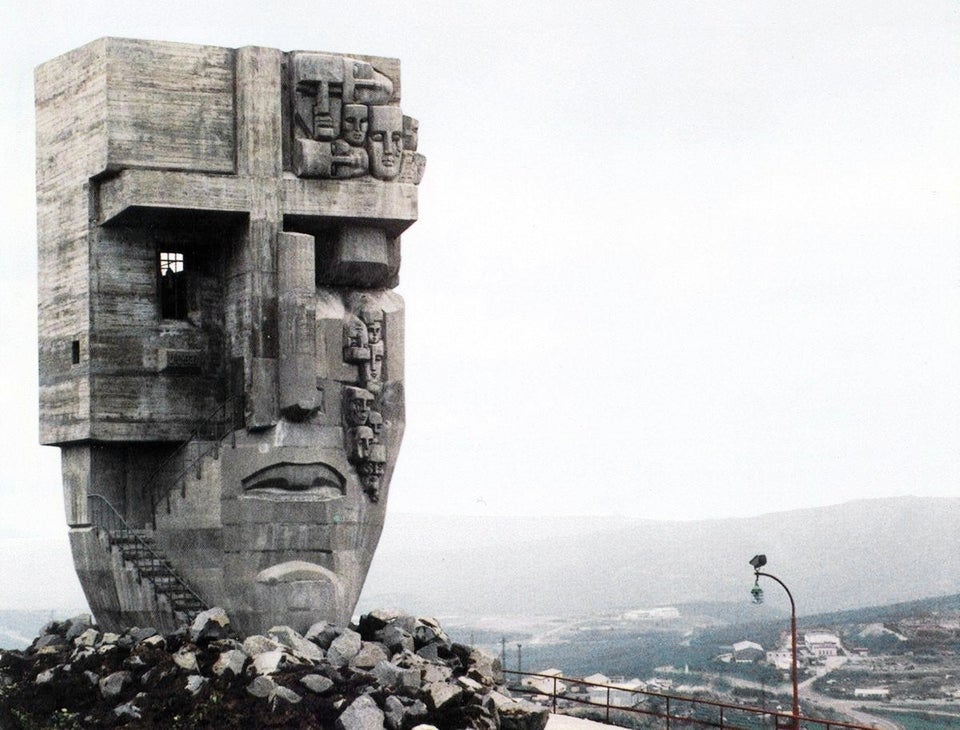 3. The Mask of Sorrow

A monument located on a hill above Magadan, Russia, it was built to commemorate the many prisoners who suffered and died in the Gulag prison camps in the Kolyma region of Soviet Union during the 1930s, 1940s, and 1950s. 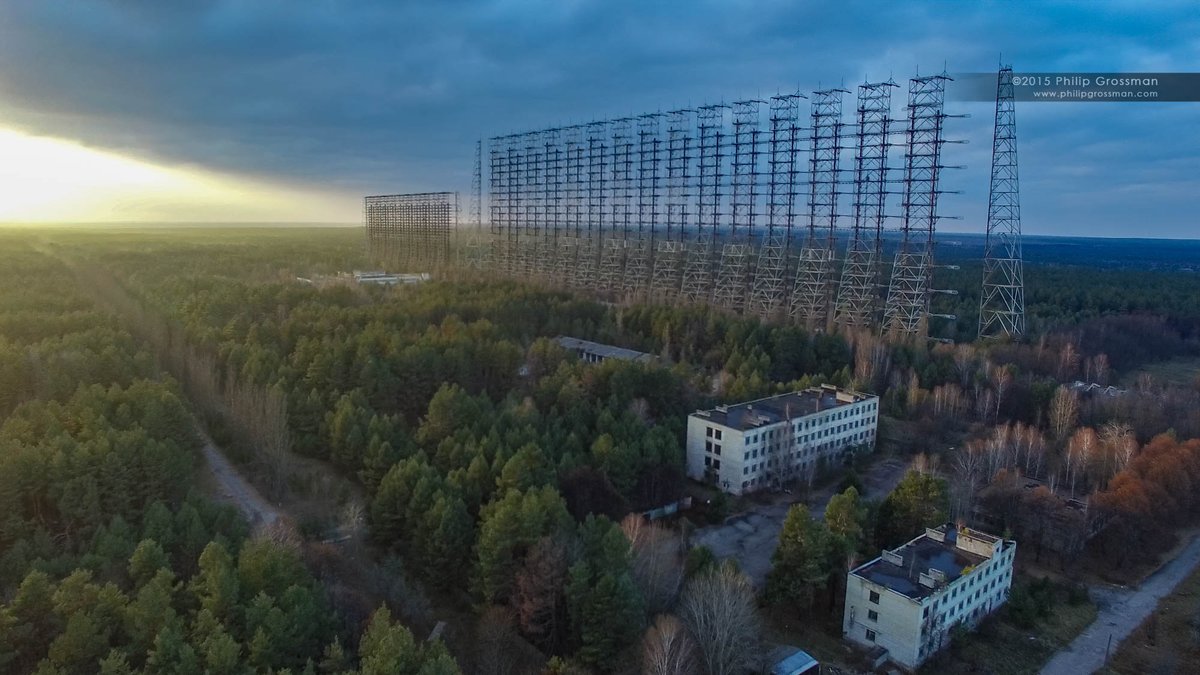 The term Duga is a Russian term for “arc” or “curve” which is a Soviet over-the-horizon radar(OTH) system built as part of the missile defence early-warning radar network. The system was so powerful that it could interfere with radio signals half around the world.

A multi-purpose stadium built in Atlanta, Georgia, United States. It serves as the stadium of the national football league and major league soccer with a total cost of its construction was estimated at US$1.6 billion. 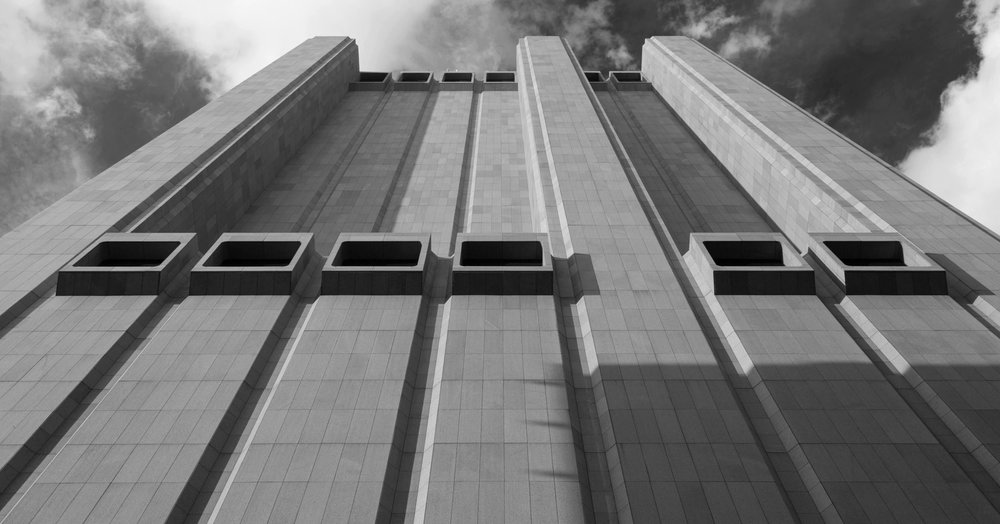 Currently known as the 33 Thomas Street it is a 170 tall skyscraper building located in New York City. It is often regarded as one of the most secure buildings in America and was built to be self-sufficient with its gas and water supplies as well as protected from nuclear fallout for up to two weeks.

Área de Negocios de Cuatro Torres(ANCA) is a business district located in Madrid, Spain. It’s the area that contains the tallest skyscrapers in Spain and some of the highest in the European Union. Starting from the left is the Torre Espacio, Torre de Cristal, Torre PwC and Torre Cepsa. Built by the German Army during World War 2, these are the fortifications constructed on the occupied Channel Island and were used between 1942 to 1945. 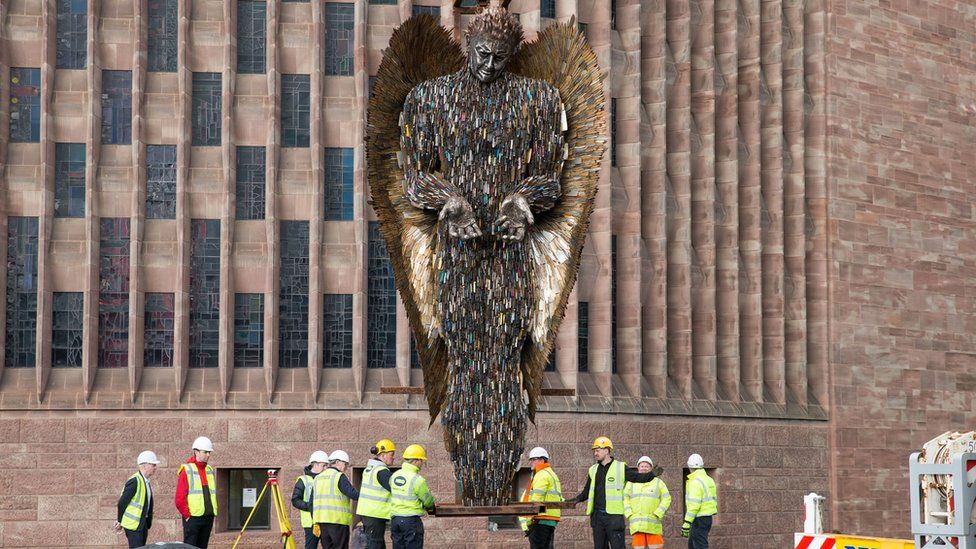 A famous contemporary sculpture also referred to as the National Monument Against Violence and Aggression. The statue is constructed to highlight knife crime in the United Kingdom and educate the younger generations of the harmful effect violent behaviour can have on their communities. A Roman Catholic church building located in Munster, Germany. The three iron baskets hang from the church tower was used to expose the corpses of three men after they were publicly tortured and killed for leading the Munster Rebellion in 1536. 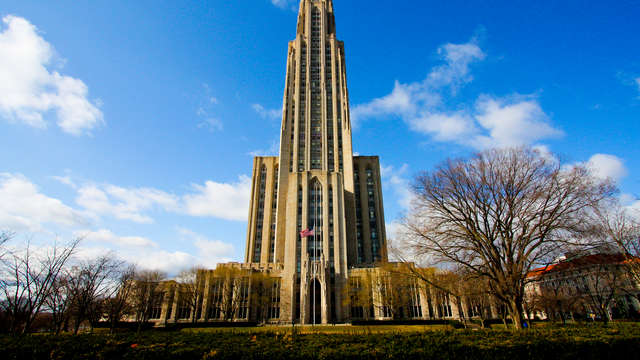 A building that serves as the centrepiece of the University of Pittsburgh’s main campus in Oakland, Pennsylvania, United States. This 42-story Late Gothic Revival Cathedral is the tallest education building in the Western hemisphere and the second-tallest university building in the world. A well-known landmark inselberg also is known as “The Stone of El Penol” located in Colombia. The rock was first climbed in July 1954 using sticks that were fixed against the rock’s wall. Now there are 740 steps to the uppermost step atop the building at the summit. 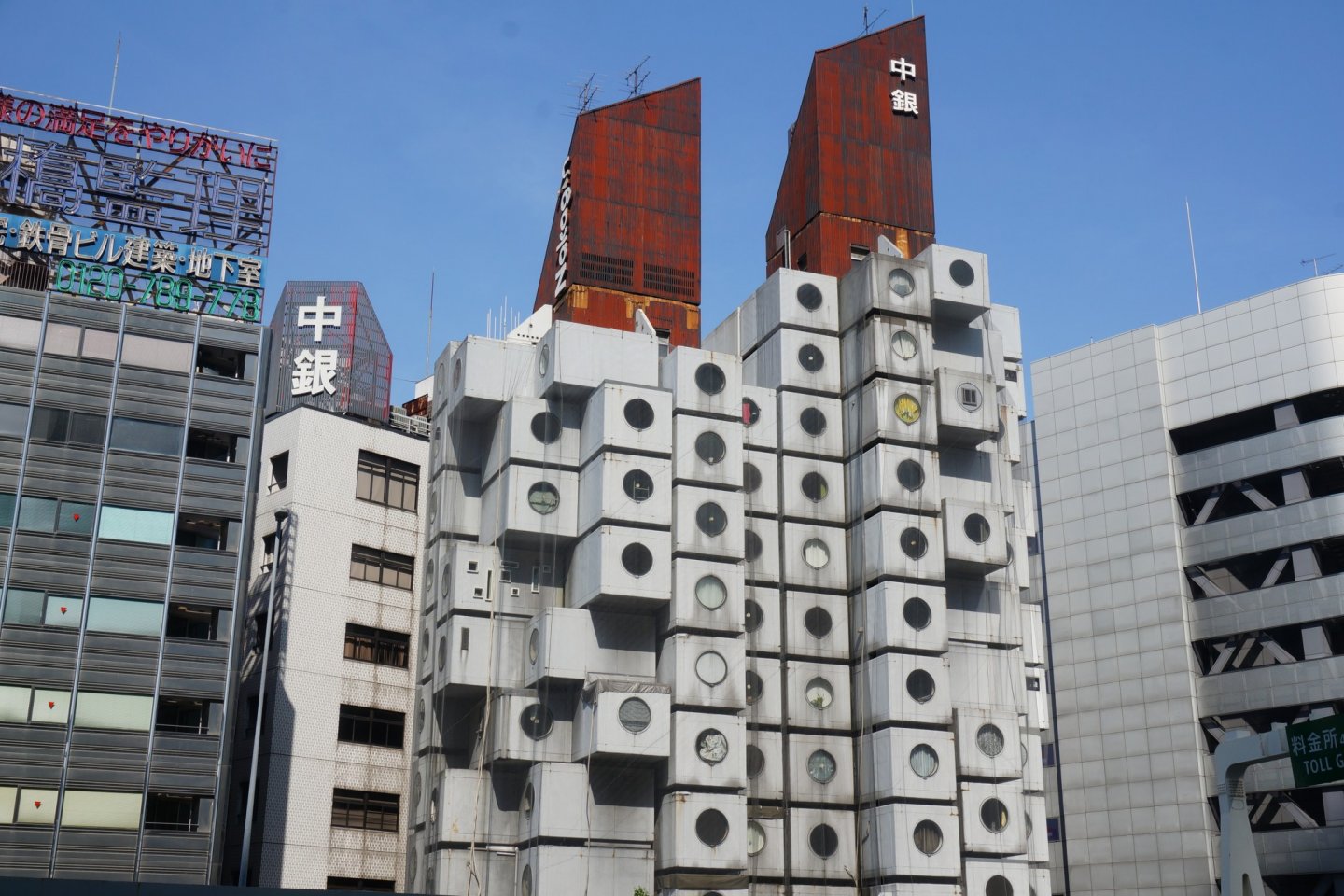 A mixed-use residential and office tower located in Tokyo, Japan. It’s one of the rare remaining building examples of Japanese Metabolism, an architectural movement emblematic of Japan’s postwar cultural resurgence. 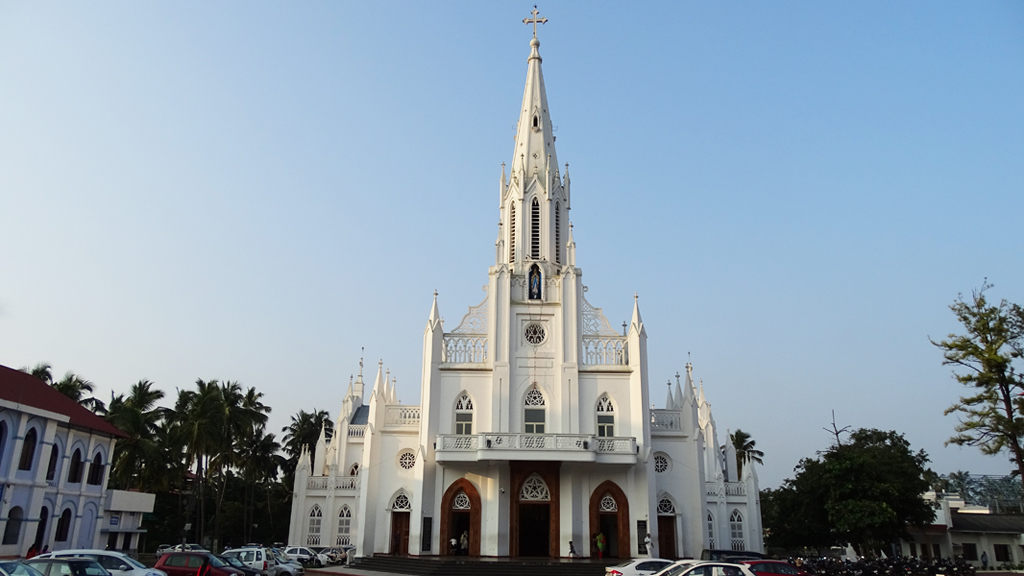 14. Cathedral of Our Lady of Lourdes

Widely known as Cathedral of Stone, a Catholic church located in the Brazilian city of Canela, Rio Grande do Sul and it’s one of the major tourist attractions of the Serra Gaucha.

Leave us your thoughts on the comment sections below. Head over to Jobstore.com and unveil your next job opportunity.

You Jing is a content writer who writes career and lifestyle contents to inspire job seekers and employers alike on their journey to work-life balance, empowerment and transformation in their career path.